Tsjinlûd worked together with some Japanese film artists in November 2015. Together we made film and music in the province of Friesland and toured the Netherlands with it. Rei Hayama was amongst the film artists and made the short movie 'Land', with music and poetry by Tsjinlûd. 'Land' will be screened on the 26th of May in BANSKÁ ST A NICA (BSC) in Banská Štiavnica, in the Central Slovakia, two hours by car from Bratislava. 'LAND' will be shown at Galérie Jozefa Kollára for the opening of the photo exhibition of Peter Granser. 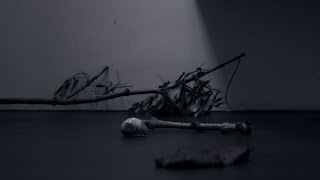 Posted by romke kleefstra at 4:45 AM