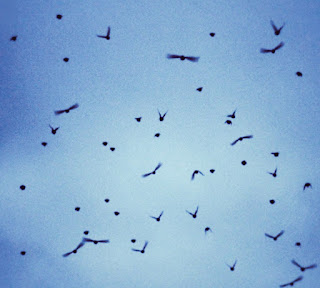 The 8th album by Kleefstra|Bakker|Kleefstra is out now! It is called 'Dize' and it is released on cd by Midira Records, that also published Piiptsjilling's 'Moarntiids' in 2014. Dize is "the twin" of Dage, that was released on cassette, late last November by Low Point. Both records are descended from the same recording sessions. Just like Dage, Dize contains four tracks; very dark, very slow and pretty much restrained. We wouldn't know how to describe them otherwise... Dize can be ordered at the Midira shop.
Posted by romke kleefstra at 12:05 AM