After a period of small tours, very diverse gigs, the release of the Alvaret's double debut, recordings, video and film, we're having a little break. Not for long though...


First of all, as the Kleefstra Bros we are working on a new film project with Dinanda Luttikhedde that will bring us to some Dutch fests in August and September. Keep an eye on the [r] blog for more news. Meanwhile we also got some exciting new recordings that need a home, made with some great musician friends! So label people, if interested, send an e-mail. Also, expect some news about our short film Sinne op 'e Wangen. There are plans for screening it with Kleefstra|Bakker|Kleefstra live! And last but not least we'll be hitting the road again with The Alvaret Ensemble in autumn. [r] keeps you posted.
Posted by romke kleefstra at 12:10 AM

In 2011 the Kleefstra Bros released the ep Sieleslyk and the album Tongerswel with Gareth Davis. The trio played some gigs in England, The Netherlands and Poland. There's a concert here, a concert there and also a radio session. The three are going to hit the stage again on April 19th including Leo Fabriek on drums, supporting the best Dutch band ever: The Ex.

Gareth and Leo play together in Mere and perform frequently as the Mere Duo. They made a great record on Gizeh Records. Check the stream below. With the combination of the Mere Duo and the Kleefstra Bros the four play together for the first time ever. Curious what this impro quartet will bring... A jazzy, bit louder, gristly ambient jam, intense and dark? Who knows... Might be tasty!
The Ex / Mere Duo-Kleefstra Bros - Podium Asteriks, Leeuwarden - April 19th, 20:00 h 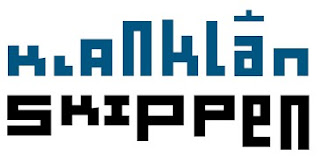 Klanklânskippen is a recurring event that is like a melting pot of experimental music, audio visuals and poetry, all free impro, on Sunday afternoons, in the Frisian town Drachten.
The tenth edition of Klanklânskippen is one of dark ambient and film. It features Kleefstra|Bakker|Kleefstra, joined by soprano Aukje de Graaf, including the visuals of Sabine Bürger's movie Sinne op 'e Wangen. It also features Pieter Nooten, once the singer of Clan Of Xymox, now performing with cellist Lucas Stam, with visuals by Miryam Chachmany. At the end of all performances all get together on stage for an impro-final. 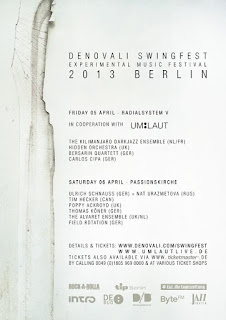 The Alvaret Ensemble plays the Denovali Swingfest in Berlin on April 6th. The festival starts one day before at Radialsystem V, with The Kilimanjaro Darkjazz Ensemble and more. The second day's at the Passionskirche with a very nice line-up. Ulrich Schnauss, Tim Hecker, Field Rotation, Thomas Köner, Poppy Ackroid and The Alvaret Ensemble. Check the bill...
Posted by romke kleefstra at 12:10 AM