BIT BACK, BIT AHEAD

2012 was an eventful year for the Kleefstra Bros. Kleefstra|Bakker|Kleefstra's second full length Griis was released through Low Point, followed up by a nice tour with Celer and Machinefabriek and a live tape with two concerts of this tour, released through Northern Twilights.
Time Released Sound published Sinneplakken by Kleefstra|Pruiksma|Kuitwaard|Kleefstra as part of the gorgeous chocolate box series. With The Alvaret Ensemble we went to Iceland to meet up with some great Icelandic musicians and get ready for the artist in residence project Skeylja on the Oerol Festival. Eight sold out and completely improvised shows in a row made a highly awesome experience of Skeylja for every artist involved. And last but not least The Alvaret Ensemble’s double debut album was released and the group will hit the road.

Actually that’s not all we’ve done. We’ve been working on stuff that you’ll hear and see in 2013. So here’s a little preview of what is coming up. 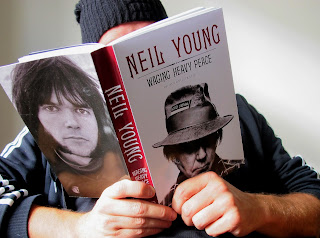 First of all, concerning releases, expect postponed Piiptsjilling albums! And for those rocking to Piiptsjilling, three-quarter of the band’s been recording with Celer’s Will Long. We made a darn fine album out of these recordings. It is set for spring, on a very tasty Polish label. And also Kleefstra|Bakker|Kleefstra’s been recording. Again the trio made music for film, also to be released in the coming months and we're already thrilled by the results of that. In 2013 we might actually work a bit more on film, but more about all of this at a later date.

Live we will be performing quite a bit with The Alvaret Ensemble. Check the live dates on this blog. More Alvaret-dates will be added soon-ish. Also for our other collabs we’ve got plans for gigs, but that is still too premature to mention. And off course we would like to get the Skeylja-team on stage again… Well, so far, for the time being. More soon. Have an awesome 2013. Keep your glory, gold and glitter.
Posted by romke kleefstra at 9:00 AM

OUT NOW: THE ALVARET ENSEMBLE

The double debut album of The Alvaret Ensemble is out! Recorded in the late summer of 2011 in the Grunewald church in Berlin with Nils Frahm and Martyn Heyne, and featuring additional musicians Peter Broderick (violin), Martyn Heyne (church organ), Hilary Jeffery (trombone) and Strië's Iden Reinhart (violin). The album comes as a double LP and and as a double CD, released by Denovali. More details about the album on the band's page on the Denovali website. Go to our release page to find out where it is available, which stands underneath each release.

To celebrate the release The Alvaret Ensemble will be hitting the stage. Here are the first dates. In January the band will be joined by Iden Reinhart. Hilary Jeffery joins us on the Cross Linx festival dates in March. Also Hauschka, Nils Frahm, Rachel Grimes and quite a few others will play Cross Linx.

Posted by romke kleefstra at 3:04 PM

On last summer's Oerol festival on the Dutch Wadden Sea island of Terschelling The Alvaret Ensemble was artist in residence with the Icelandic musicians Borgar Magnason, Ingi Garðar Erlendsson, Kira Kira, Eiríkur Orri Ólafsson and the video-collective 33 ⅓. The Alvaret Ensemble and 33 ⅓ went to Iceland to meet up, play and film with the Icelandic musicians in March and performed together on the Oerol fest in June for eight days in a row, two shows a day. Name of this project: Skeylja.

The 33 ⅓-collective launched a short film of Skeylja. It is a compilation of the live shows on the festival and our stay in Iceland, edited to two pieces of music recorded live during the Oerol shows. Wonderful. Skál!

For more info about Skeylja go here. For more on the 33 ⅓-collective go here. And for The Alvaret Ensemble check the band page on Denovali's site.
Posted by romke kleefstra at 6:49 AM