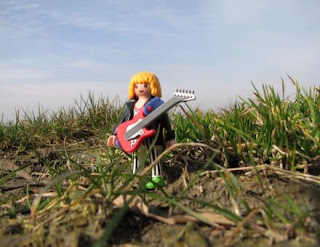 Next year the Kleefstra Bros will release their album ‘Deislieper’ on Hibernate Recordings, a collaboration with the multifaceted percussionist Sytze Pruiksma. In the 2nd weekend of January 2011 Kleefstra|Pruiksma|Kleefstra does a short tour in The Netherlands. It starts off on Friday the 7th in the city of Leiden, where we’ll play with Greg Haines (piano concert). On Saturday the 8th we’ll be playing Theater Kikker in Utrecht, together with Nils Frahm & Greg Haines (duo perfomance) and Dustin O’Halloran. Nice bill! Then on the Sunday afternoon Kleefstra|Pruiksma|Kleefstra will be playing in Theater De Lawei in the Frisian town Drachten, together with Nils Frahm & Greg Haines again. The trio will be joined then by guitarist Christiaan Kuitwaard, so that would make something like Kleefstra|Kuitwaard|Pruiksma|Kleefstra...

Email ThisBlogThis!Share to TwitterShare to FacebookShare to Pinterest
Labels: kleefstra|pruiksma|kleefstra

Molkedrippen (by Piiptsjilling)
Recorded during the same sessions as Wurdskrieme, this cd will be released by Spekk Records

Tongerswel (with Gareth Davis)
Postponed a bit, but hopefully soon to be published by Home Normal

Sieleslyk (with Gareth Davis)
3-inch cd as part of a subscription-pack by the lovely Rural Colours, so subscribe!

Deislieper (with Sytze Pruiksma)
First album of the collaboration with multi-percussionist Sytze Pruiksma, to be released on Hibernate Recordings

Mort Aux Vaches
(with Peter Broderick, Nils Frahm and Machinefabriek)
Recorded for VPRO's Dwars, in 2009, to be released on Staalplaat, as part of their very fine Mort Aux Vaches series

Kleefstra|Bakker|Kleefstra
After That It Stays Winter Forever new recordings are there to be released, but this treble spanking super trio is actually looking for a home. A home of frightening darkness, in the bleakest snowscape one can imagine. Beware.
Posted by romke kleefstra at 8:01 AM

THAT IT STAYS WINTER FOREVER 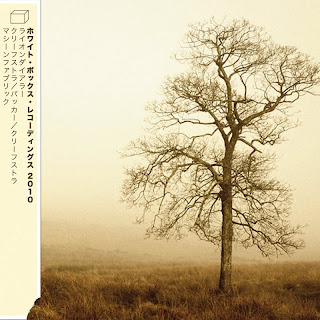 From the 15th of November until the 28th Kleefstra|Bakker|Kleefstra had a terrific time in Tokyo, doing six gigs with Machinefabriek and Liondialer. To accompany this tour White Box Recordings published a limited tour cd with exclusive tracks by all three groups. The cd is called That It Stays Winter Forever, translated from the harsh Kleefstra|Bakker|Kleefstra piece Dat It Altyd Winter Bliuwt. This is the first new piece by the three-piece since the release of the album Wink in 2009. The cd will be available through Boomkat and P*dis, but can also be ordered directly from me (€ 12,- incl. worldwide postage). Send me an email for an order. Listen to Dat It Altyd Winter Bliuwt on my Soundcloud.
Posted by romke kleefstra at 3:14 PM 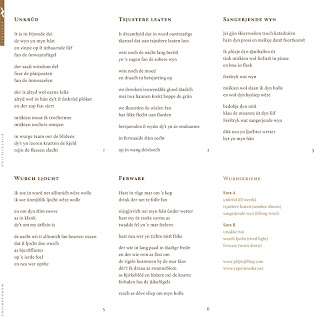 The first of two new Piiptsjilling-albums is out, following up our first from 2008. It's called Wurdskrieme and it's published by Experimedia on lp, cd and as a download.  So far, reviews have been raving. Check my Facebook for several posts on that. Wurdskrieme is available worldwide through the regular distributors, but can also ordered directly from me. € 12 including worldwide postage. Mail me for an order.
Posted by romke kleefstra at 2:56 PM